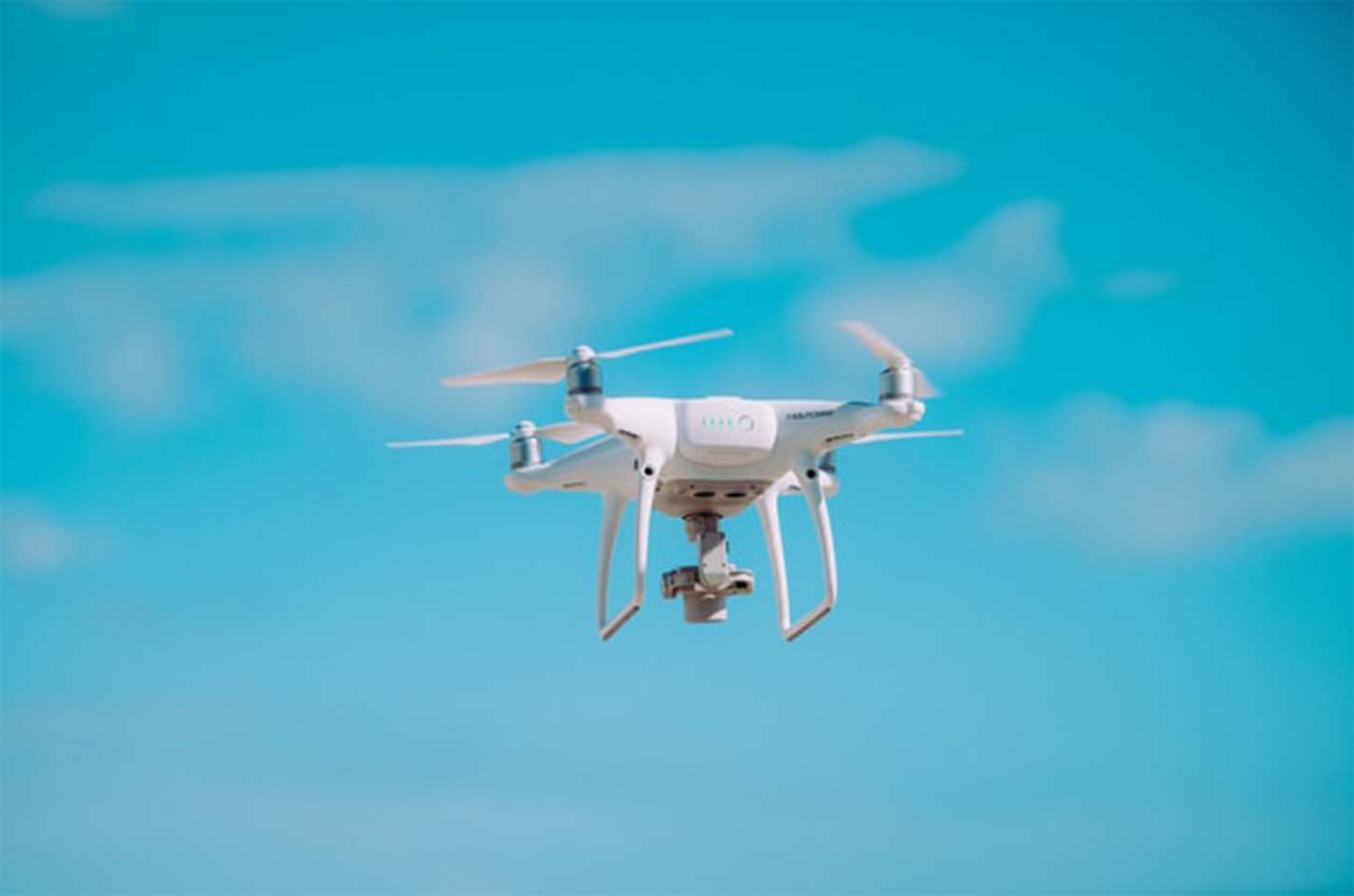 Whether it's a hobby or a passion everyone must accept the flying a drone is cool. So no wonder there's a loot off buzz around these little flying machines. Even if you are a photographer with a DSLR or smartphone, you should accept the fact that taking photos and recording videos with a drone is fun on the next level. Basically we're taking over the sky! The drone industry has come a long way by creating a kid-level drone for racing till high-end drone capable of taking 8K videos at 60FPS.

But the application and maintenance might differ from drone to drone depending on price range and it’s used. So to pick the best drones for beginners, it requires extensive research and also you should know the purpose of buying one. Just keep in mind that it’s not a play toy since there are some negative stories surrounding those little flight beasts. This year 2020 has already been very kind(sarcastically) to us and we don’t need any more news. But if you are looking for sports purpose (like Drone Racing which has acquired a cult status among the current young generation) you can visit this particular article which tells about drones suitable for racing. The best drone for a beginner might cost around 100$ to 1000$ based on the specification. And if you’re willing to throw in a few extra bucks you might best the best drone in the market for all your photography and cinematography needs. If you are a beginner in this drone technology and want to excel in photography and cinematography to keep up with the technological changes, this article will be of help. Know the key points to consider before buying a drone:

Know your purpose. Because buying a drone with the best photographic ability and using it for racing is not advisable. So know your function and application before buying one. If you want to buy a drone for sports, there is a specific drone for that.

Since you’re a beginner I suggest you not to go for high-end drones which will cost a fortune! Because handling a drone might be tricky and requires patience and experience. Rather buy a drone will be an average specification fitting your everyday needs.

Know that any average drone has a flight ability of 7 to 30 minutes depending on the piece range and battery. Even the drone companies are working on this. So plan the shooting ahead in order to save battery usage and complete your needs.

Most of the countries require flight approval (FFA approval) if you own a drone. It might differ in different countries. So know your countries flight regulations before owning a drone. If your country requires approval better get one.

If you’ve considered the above-mentioned points and going forward in buying one know the best drones for beginners in the market.

If you want to learn something, you should start from scratch. So even in accessing drones, you’re advised to buy medium level drones for practice. And HUBSAN X4 is a great place to start your drone flight adventure. With a built-in camera of 0.3MP for video recording, it's the best bargain in the market. Because it comes with the minimum cost of 30$ from Amazon. You will need an external micro SDHC card since no internal memory is provided. Charging is done seamlessly with the USB cable provided and also has low power protection. And one of the added features is that it has a 6-axis flight control system and also has adaptable gyro sensitivity which provides an impeccable flight experience. This product is specifically designed for beginners since it is lightweight, more durability and also the design is striking.

DJI has yet again created an excellent innovation in the RC drone industry. DJI Mavic mini is highly recommended for any users who want to set footprints on aerial photography. With a camera quality of 12MP which can be used for excellent outdoor photography and 2.7K HD video transmission at 30FPS is a dealbreaker.  The 3-axis gimbal which is motorized provides high camera stability and the flight time of 30 minutes is relatively high compared to any basic level drone which is an added advantage. The design is sleek and delicate which weighs around 250 gms which is the weight of an average smartphone. So it is easy to carry around and can be flown easily. If you are from the USA or Canada you don't need  FFA approval for owning this drone. But fly safely with precautions! DJI fly app is compatible with both Android and iOS users and is user friendly so one need not worry about difficulties and also comes with a set of instructions which will come in handy before the flight.

The latest upgraded Mavic Air 2 is the best versatile drone available in the market. Its a smaller version of Mavic 2 Pro, but has the ability to shoot phenomenal 4K/60p video, which is an added benefit in shooting highlights and has an amazing 34 mins flight time. The added 1/2-inch sensor promises best ISO execution over its predecessors and supports slow-motion 1080p video till 240fps. The Mavic Air 2's new regulator is provided with Ocusync 2.0 availability, which supports a range up to 10km and increases the strength of its sign to the DJI Fly application. With these features, it is advisable to buy this little techno marvel of the DJI family.

Parrot has worked admirably of riding the fun and the utilitarian part of the drone market since the time they basically made it ten years back, and the Anafi (particularly the new FPV pack) embodies that.

The Anafi is an expert automaton, with a 4K camera fit for zoom (at any rate in video mode), with a gimbal-balanced out camera. Actually, a few assessors pick this over DJI items since it can tilt its camera here and there to make 3D models or, for simple humans, get some remarkable plots for activity shots. Yet, with the expansion of First Person View (FPV) goggles, you can likewise excoriate it from inside the cockpit. Parrot's goggles are remembered for the FPV pack, and from the outset, they were the main ones upheld, yet a later programming update implies you can utilize other VR headsets. The application is completely highlighted and incredible for 'Arcade mode' dashing or settings-fixated picture takers. The main thing missing from a significantly more costly speciality (and as a matter of fact this isn't modest) is an impact detecting framework, however, it's shockingly vigorous, particularly the FPV form with improved legs.

The Parrot Bebop 2 is a mid-extend drone that is a financial plan amicable and stuffed. It includes a 1/2.3-inch CMOS sensor, 180º fisheye focal point, 1080p full HD video up to 30 fps, 3-hub computerized adjustment, and FPV support. What's more, for control, it utilizes your cell phone by means of the FreeFlight Pro application or the discretionary flight regulator is accessible for buy also.

Parrot has re-structured the body, making it more strong than the forerunner and introduced a higher limit battery. The drone is currently appraised for a scope of 300m by means of a cell phone or 2000m utilizing the Skycontroller, and 25 minutes of flight time. In contrast to contenders, it flaunts a fisheye focal point, with a huge 170º field of view for smooth video. Also, it even uses programming calculations joined with a hosed plan to additionally make up for a shake, making better adjustments thought about than rivals at this cost. Also, it supplies 14MP RAW pictures, for included adaptability. Generally, Bebop 2 is a solid cell phone controlled choice that produces excellent stills and recordings. Furthermore, it gives a special viewpoint contrasted with contenders. With its boss adjustment, it's an extraordinary section level choice for those hoping to begin.

The latest arrival in the list of best drones for beginners is PowerVision PowerEgg x (Explorer edition) which is suitable for shooting under all-whether and can also be used as a handheld camera. What's more, in a market ruled by drones that don't care for water, PowerVision's flying wonder is particular in its capacity to fly in the downpour and land on lakes (with the Wizard pack). Picture quality is influenced by the plastic waterproof lodging, yet having the option to work in – and glide upon – the wet stuff opens up a scope of imaginative prospects.

In this way, as well, does the adaptable particular plan. The PowerEgg X can likewise be conveyed as a handheld gimbal camera and a self-sufficient AI camera, which can be mounted to a tripod and controlled with hand signals. The other side of the versatile arrangement is that it's slower to convey. It may be lightweight, yet eliminating the defensive packaging from the body, including the propeller arms and setting up the regulator takes a couple of moments. Picture quality isn't class-driving, either. The PowerEgg X delivers nice, definite 4K film in splendid conditions, yet the fixed opening, fixed-centre 12MP 1/2.8-inch CMOS sensor can't rival DJI's Mavic drones. It's likewise not as of now conceivable to record in Raw video designs. All things considered, for short, sharp video successions in an awful climate, the PowerEgg X is probably the most ideal choice around.

The best place to start your training with the drone is with Ryze Tello. The Ryze Tello is an organization tied-up with DJI. It's a drone that they've intended to be instructive and fun, as opposed to serious. It highlights 720p HD video at 30 fps, electronic picture adjustment, and FPV flying. For control, it ships with a Bluetooth regulator for straightforwardly controlling the drone, or you can control it utilizing the free Tello application.

Weighing just 79g, it's likewise light enough that it doesn't need enrollment with the FAA before the flight. It produces 5 MP despite everything in the pictures, and Ryze rates its flight time at 13 minutes on a full charge and a most extreme range separation of 100 m. Generally speaking, this drone is about the experience, gymnastics, and Ariel moves. Notwithstanding standard flying, Tello can perform flips, take off or land from your hand, and catch 360-degree sees. It's additionally a drone that is intended for use as a STEM instrument for novices or devotees hoping to gain proficiency with the nuts and bolts of programming or programming improvement. It may not be the flashiest alternative. Be that as it may, it tends to an ignored fragment of the market for clients who need a simple to utilize quadcopter, with custom programming without using up every last cent.

The HolyStone HS720 is the best and affordable drone who wants to start a career in aerial photography. With Ultra HD resolution capable of capturing 4K videos seamlessly you can see the world from a different perspective. It has 5GHz transmission and also contains a 90-degree adjustable lens for the best flight experience. And for the price range of 259$, it also comes with an excellent flight time of about 26 mins. Another notable feature is that it has a brushless motor which helps for a more efficient aerodynamic aviation. The design is pretty handy and easily portable. And it also comes with a carrying bag.

Some of the notable special features are